I began my lovely intoxication with alcohol.

My bane and my savior.

I've blamed it on losing Katheena, and that is wrong.

It had much to do with everything else, of which I have only hinted.


Here's some ugliness, in a cool song.

This is the Crux of the first part of the Devolution into Punkology,

You see, I was the first one of we asshole punks to become blinded by snow in a snowstorm in the middle of the desert.

If you recall from the earlier conversation I had with Sean about his take on how we were stealing from this family's home with our drunken debauchery which would devolve further in to a three day stay while they were away,


I was becoming disenfranchised with this dude.


And it was all thanks to being fucked over by Katheena, and even more so, from the impact that Lorelei had on me.


Now you will see why.


Now you will see how.

Hey, thank you my friend for continuing along with me all this time here on Richie Fowler's site, the Mighty Fucking TDC.

You never do your friend wrong. 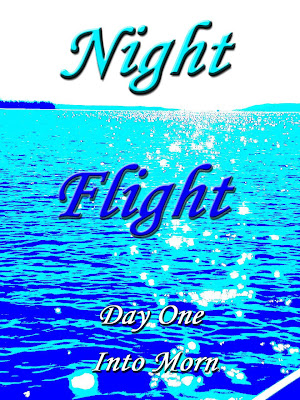 I awoke with a start.


All sorts of folks stared down at me and Bryan.


Bryan was still passed out on the table across from me, all wet in strangled clothing, his head on his arms. There was a strange-looking fellow next to him, with a plate or dish, or might it be a mirror he held?

I sat back and yawned really big, and then stretched. It felt like I had been asleep for forty years or something, like an old wrinkly ripper.

I had a clear nose now. What the fuck had I done?


I had ripped a line.


Some folks stepped back and laughed and clapped, and some just peered at me from over their red plastic cups with curiosity in their eyes, like I was a fucking circus oddity or something.

Evidently, I was now helping this strange looking dude to sell his wares.


I had been dragged out of a swimming pool close to death, and then been drugged up to the stars.

So I began to chatter about wine. At this moment, nobody knew or cared about what I was talking about.


Yes, they lined up.

Sean held back, observing the crowd, and from the look of headlights shining on the trees from the other side of Tellesco's home, others were showing up and would soon be observing, and lining up as well.

Sean. Huh. For all of his bravado about seeking Truth, and peeling back the facade of others to show them their own ugly truths, There was one thing that he would never admit.


And that was his use of Tellesco.


Here is a song that Tellesco would have for Sean.


Poor Tellesco. Fucking Sean. This would continue on to an end.


Unrequited love, I guess you could say.

But the idea here is that I saw Sean for what he was.

My eyes were open like for the first time.

The thing about powder is that the wakey wakey only lasts for twenty minutes or so. The first line is the strongest, and then that feeling gets lost faster, and then you are just looking for the first high, and end up trembly and paranoid.

Here is the worst case scenario:


Say that you have invaded a secret stash of high quality wine that will not give you rot gut, and you imbibe freely, and then try to drink a swimming pool.


(Guzzling expensive, old vintages is a practice that should end with a firing squad).


And then, someone shouts at you to inhale some sort of strange powder, and when you do, in your drunken state, you feel suddenly awake and alive.

What do you do next?


Stupid is to imbibe even more alcohol, because you are still drunk. Your nervous system simply doesn't realize it at this point, but it will.


In twenty minutes or so.


And then you will go looking for more of that strange powder.

The first one is free.


So the strange-looking dude woke Bryan up.


And boy, did Bryan have some things to talk about.


The newcomers to this party saw this happen, and the strange dude only grinned his devilish teeth.


From Dotta, here in this tale, for you.

Soon, everyone was hopping around, and the band began to play their "ska."


The tune from my dotta, above, does not illustrate this soundscape. That music is simply to speak to you now about the frivolity of those involved on this trip to the stars, which would end with a crash, like an angel to the Earth.


That would happen in a few hours.


The accusing sun would point his finger at all of those here, this night, and the birds would start chirping, which is an ugly experience, all of these, when you have been up all night.

But it would not end there.


Entropy_Happens played a trick on us in the forum.
This is what he utilized.

We had no clue.
He won.
Visit the TDC forum to see what he did.

Twelve events that will fuck up your world duuuuude.

One hundred and twenty three year celebration of the National Geographic Society. Nice.

What freediving does to the human body. Hmmmm.

More toon here. You've been at this site.

From dotta. ‘Nother toon for your Saturday.

Toon site from the left.

For you who dare to dream about going out and making it big: ten lies.

Here’s a loooooong vid of some quiet tunes, created in a visual world by Sean Ryan. Those who live in Metaverse will emjoy this. The rest of us, NVM.

Antidote: Very cool pics showing the difference between 1945 and 2010, each of them in single pics.

One more for ya.
Things real people don’t say about advertising. Lots of funny images.