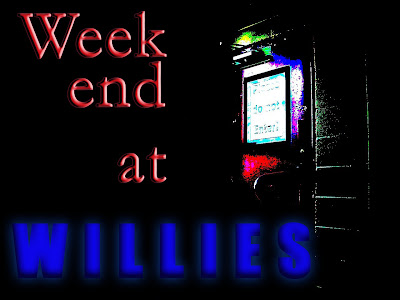 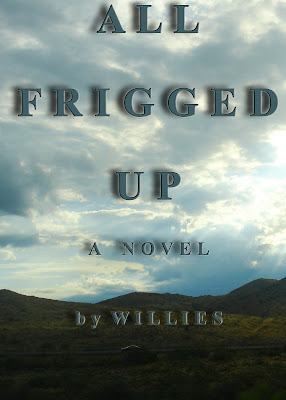 There will always be an aftermath.

Remember when Muy Largo and the Flora Du Mal were sorting things out after that Punk Fight?

Well, guess who got Lorelei her Rocket Tickets?

No, not Flora. She was just a kid back then, in another town.

Muy was a player, but he would show up again, later, if you recall.

It was the girl from Roosevelt High who was suddenly selling rocket tickets.

Her name was Trinity.

She still had a thing for me.

Even if Muy Largo didn't, back then.

It gets better, before it gets worse. Much worse.

The police were after us.

I would never trust Katheena again. I would see her for what she was: opportunist. What a shame. She had so many good things about her, such as Self-Identity, Style (don't laugh, that was tantamount in her mettle, the metal of which she was constructed, and it served her well) and most important, Punkology.

So, you see how Self-Identity may ring hollow, but only if you haven't yet tempered it in the fire of adversity.

When you are pounding a red-hot blade of carbon-infused steel into a sword with your forge-hammer, this blade will become hardened steel once you temper it. It is red hot, and then, after you have pounded it into the correct shape, you immerse it in cold water.

Out of the steam, the breath of Hades, a thing of beauty will emerge.

This thing can slice mettle.

So, the molecules of Iron ionize, polarize, and become Hardened Steel.

Tempered. (Pyrex Glass is also tempered, but in another way.)

If you have led a pampered life, then you might not know what your mettle is. In a time of extreme duress, you will not reach deep inside and uncover this amazing thing, because you don't even know that it exists.

Perhaps we all have this mettle?

Katheena did not know this about herself, yet.

You will see, later.

What we witnessed from high above on the balcony was a young German girl who was a stranger in a strange land, and she discovered her own mettle.

In front of a crowd.

I will always help out a brutha Native man in his musical pursuit.

Those in the Quad below ran helter skelter in the melee of frustration and confusion, which created a mess for the police officers who were looking for Nolei, Joey, and me.

Looking back, I can see that the police wanted to use the element of surprise, once they got a clue about Lorelei from Felissa.

They knew what we looked like, but they didn't know where we were, just yet, that was. No student was in their seat, thanks to Ivan and his fire alarm. Perhaps that was his redemption to me, but that action would stave off our capture for just a little while.

Of course, he'd rang the fire alarm only for Katheena.


The firemen below entered the Quad and began to disperse into the various buildings outlining the perimeter. If only we'd gotten holed up in one of the buildings facing the side street above, instead of this balcony between Quad and the school parking lot where the popo stood, and the Stadium just beyond that.

We could have escaped out of a window and ran off into the neighborhoods nearby.

Ya know, sometimes I would park my little bitch on that very side street.....


Yup, we were caught in the middle of MuglyLane High, and it was only a matter of time before the firemen and the police officers found us.

Here is where I found my own mettle.

An idea occurred to me, which was this: All of these classrooms had been left open, unlocked, free to search for various accoutrement of escape, which here means disguises.

We 'Murricans are taught to leave everything behind in case of a fire drill in order to get the fuck out, and we do, to survive.

We are not taught to go back into them before the firemen have done their job in order to grab stuff to disguise ourselves.

But this was my idea:

We would disguise ourselves with what we found, and then we would escape.


Before Google, for your Saturday cartoon pleasure.


How them fandroids and crackberry heads view each other. (But where are iPhonies in all this?)

Iron Man suit: you can build one yourself?

For those of you are Space Heads, like me. 10 strange things about the Universe.

For my lady and dotta, who love our big dog like I do. Our Goldie. Labrador Dogs.

For Hoot and me. London roadways charge your electric golf cart, I mean, car.


See you tomorrow for some fucked up shit.

God Help us All.