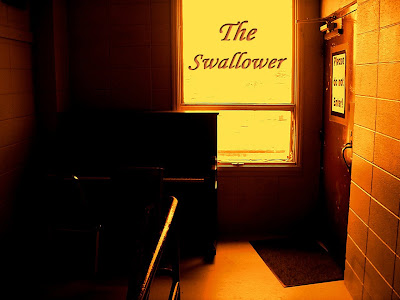 There is a chemical called oxytocin that figures in this chapter. It’s a maternal hormone that is involved with attachment. Two instances of when it affects female human behavior most often are these:

1. Childbirth. Oxytocin forces a woman to become a mother to her newborn.

2. Sex. It forces a woman to become attached to her lovemaker.

Men’s bodies do not do this, most likely because it is our nature to spread our seed far and wide, like Johnny Appleseed. We do not have a biologic function to become attached to a newborn as a woman does. Our biologic function is to propagate our genes with as much variance as possible.

Of course, this is in no way intended to excuse adultery. We are not simply animals anymore, although we may act like it at times.

Women, on the other hand, are more obligated to care for the progeny that they have incubated in their wombs for nine months or so and which take a good ten years to raise before they may be able to fend for themselves.

And Essy became attached to me due to number 2. It was not her fault. It was Human Nature. That is why the following hurt her more than it did me. Gobless her.

Himmy had a big mouth. I realized I did as well. When I shouted over the Hobart machine that I was fucking the barmaid, I did not realize that the customers out front at the cash registers heard me. The music playing as background to their dining experience went silent between songs at that precise moment, which is further evidence that karma was out to fuck me.

This did not bode well. All of the workers out front heard as well. But you should know that due to the Hobart machine’s white noise and the fact that no one had even heard me shout before, no one could tell who had shouted that phrase.

Only one fact was evident, which was this: Someone was fucking the barmaid.

Jonah was the new bartender, and he was quite good. A tall, gangly guy in his thirties, he had long blonde hair that he kept up in a pony tail. He was friendly to me as he was to everyone, also a quick thinker, and he had a good sense of humor. These three things are essential when you are serving alcohol and want to be paid well in tips.

I think that he was the only one in the place who had not heard me. An old television show called “Cheers” was playing loudly for those who were raising their own glasses out in the walnut and brass pub.


I had no intention of causing harm to that dude. Of course, the road to perdition is paved with the stones of good intentions.

And I was laying brick every chance I could get.

Now, knowing that the inevitable would happen, I was bound and determined to pump that well for every last drop before it happened.

And then I would get the fuck out.

That was my plan all along, as you recall. Fuck Fuckno.

Jonah worked the bar and I got off. After I left work early, that is, and went to Essy’s. It was one of the days when I began work an hour after school got out, and so I did not have to close up the kitchen. The bars in Califuckyourgirlfriend close at 2 AM, so I had plenty of time to first fuck the barmaid, and then tell her I that had fucked her. Over.


I greeted Essy with a rack of Stella Artois that I had pimped. She smiled because she was thirsty.

We were on the couch, and she told her own tale in her own tongue. Amazing story, always good, no matter how many times she shared it with me. Some oral traditions should never be changed, but they may get better each time they are shared, with twists and turns tweaked for the enjoyer.

It was just after she finished with the happy ending, and before she would take me to the bedroom for more fun when there was a knock at the door.

Both of our eyes got wide.

She threw my coat at me and led me to the bathroom, and then yelled out, in a surprisingly nonplussed voice, “Be right there!”

In the bathroom, she opened the window for me and ran back to put the green bottles of beer in the kitchen. Someone began to pound on the front door.

I did not know why windows figured so often in my life back then, but they did. I may have a clue now, looking back, examining things. I’ll tell you in a moment.

You should know that when there is a fistfight, the one who has the most anger is the one who will win.

When you find out that you will be fighting, that is when your own hormones kick in. Adrenaline can be your friend, if you use it correctly. Too often, those who prepare to fight will circle each other, taunting and cursing, while this drug is coursing through their veins, expending energy for both fighting, and in the case of circling, repressing the fight response.

Not good. When adrenaline courses through your veins, you do not have much time to make proper use of it.

You have to make up your mind that you will be fighting, and then you must fight. You see, adrenaline will expend, and then you will soon be left weak and trembly. That’s how it works.

The window was too small. I could not get out.

When I found out this small but important fact was when Essy let Jonah into her apartment. He began to shout at her. That made me feel bad for her, but it also made me hide in her bathtub, quietly sliding the glass shower doors back to closed. Closed for business, not open, thanks for coming and have a good day.

You know that I had to play this here. Sorry about that.

“Who are you fucking at the restaurant?” Jonah was pissed. I could hear him stalk to her bedroom and fling open the door. I envisioned him putting his dukes up, which is a phrase once used in reference to The Duke, John Wayne. Now go get me my slippers and make me a strong cup of tea as I rub BenGay on my sore joints.

Essy pulled him out of the bedroom when he found no one, and she said, “What are you talking about?”

Jonah was having none of it. “I found out that someone is fucking you!”

Essy had a hard time trying to keep her fear in check. “It’s no one! I mean, there is no one!”

Jonah came into the bathroom, flicked on the light, and he kicked the shower doors into popcorn glass when he saw my dark shape through them.

He grabbed me and dragged me out. Yup, shit was real.

He swung at me, connected with my jaw, and it stunned me.

When you are in “fight or flight” mode, adrenaline is also combined with endorphins, which are another useful hormone cocktail. You won’t feel pain until later, after you have tried to save yourself.

He pulled me back up into his garlic breath and shouted into my face, “You do not have the right to take this from me! Who the fuck do you think you are?! Fuck you!”

He was still wearing his work clothes, as was I. Two Fucky Chucky employees discussing a co-worker.

I did not have the right to take this from him.

Did not have the right?

Well, someone had been taken from me.

Someone who would never be seen by anyone ever again.

Someone who mattered to me more than some chick who swallowed quite well.

Fuck Jonah. He could sleep with the whales for all I cared.

The adrenaline coursed through my veins.

You know, the one with the most anger will win in a fight.

I found that he had hit a nerve.

I did not have anger.

“FUCK YOU!” I roared. I pushed up and away, and he went backward, slipping on the popcorn glass on the bathroom floor. He hit the back of his head on the sink counter on the way down.

Who was this bastard who let his special one slip off with some young punk who washed dishes and bussed tables? How dare he? He had no idea about things taken from him. He was a fucking douche bag with a blonde pony tail, and he thought he had the right to school me about loss?

I grabbed him by the pony tail like a cave man and dragged him out to the living room so we could have a good chat.

I do not remember much of what words were said then, nor about Essy trying to pull us apart, nor what I did next, because I had blind rage.

I let go of his blonde pony tail and waited for him to stand up.

And then I swung at the poor dude with all of the rage I had for the loss of Lorelei, and I did not let up. I punched him right below the ribs where the diaphragm is located, and he lost his breath. He doubled over, and I kneed him in the face. Then he went to go to the floor, but I didn’t let him. I wrenched him back up and swung at his face over and over again, left, right, while he gasped for breath in a panicked way.

I got home with bloody knuckles and popcorn glass in my hair, and a sore jaw from Jonah’s single hit.

I’ll take that cup of tea now, my friend. Sleepytime, which is where Jonah went.

I did not kick him when he went down. I am not an asshole.

Next weekend there will be the aftermath.

She may need goggles so nothing gets in her eyes. OK, these are pretty cool.

Or this car. Want. Press on it. Swallow.


Hidden McBain movie in The Simpsons, over many episodes. Funny or Die rocks, truly.

Speaking of making shit from other shit, how about pasting copyright material on a third party site? This does not bode well for youtube users who put music on their blogs. Dayam. 5 Years jail time. Oh noes!

Japan still needs help? Wha? They rock. So here’s another infographic. But it could help our truest allies.


Nice app for the new iPad. See through the clothing of others.

I think that windows figured quite a bit in my young life because they are portals for fresh air, for the outside, and for escape. I did a lot of escaping back then, until I faced my demons.

I hope that I offer you escape. Mental escape. Thanks for following me along this path of punk tales, my friend. 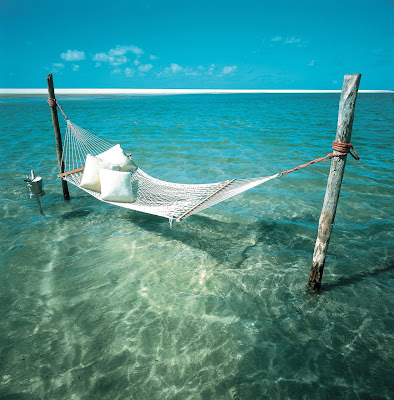