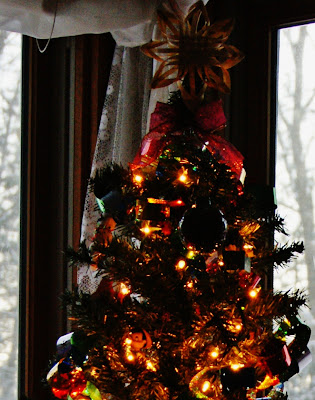 We are not done yet. We have a long way to go, my friend.

We are not alone, here, upon a tiny blue marble floating in an ocean of cold black in the vast eternity of space.


We have each other.


It is because we have each other that we know of a greater good.


It is because of the impact we have upon each other that we know that there is something else.


It is, indeed, what you have been looking for, and which you may find, after all.


You will find it.

Shards of crystal goblets and bone china plates pelted me.


White and red, rain and dust.


Mud and tears in your eyes.


"Rage, rage against the dying of the light." ---Dylan Thomas

These were the thoughts I had in my head as I slogged away from Orion, the mighty hunter in the night sky, the name of Katheena’s golden bird.

I carried a star on my shoulder to the highway that headed East.


Katheena had been my star, as well you know.

In the crash of the cold tears of the hidden moon above, I felt hot water run down my legs and then I heard a gasp.


I felt Katheena heave over my shoulder.

Her body shivered as she regurgitated water, and she coughed.


I set her down in the desert mud and pulled her face up to my face.

She coughed over and over again, into my face.

I can not tell you what it felt like to hear her breathe again.


Well, I had her dead and buried and I’d gone and moved back to Maine and started a new life as a lumberjack before even reaching the highway and the Maserati that awaited us.

I think it was like that time when the handle of the bale barrow came down on the top of my head when I was nine years old at my gram’s farm in South Freeport, Maine, and I staggered around gibbering nonsense for a few minutes. Cousin Richard, rest his soul, he tried to get me to stop stalking about so he could see if I was bleeding, but I wouldn’t have it.

I had been stunned, in a state of shock.


I picked her up again and carried her properly now, which was not over my shoulder, to the Maserati. She kept coughing.


I think some dust had gotten into my eyes or something as I stumbled along...

Joey pulled over to the side of the road as I was placing Katheena in the passenger seat.

I got up from her and his face fell. “Katheeeee-na! Why her face all bloody?!”

I pointed way over to where Orion rested in the darkness. He was unseeable, like a black hole, but you could still feel his pull.

“She crashed her car. I think those bastards over there in that heap of cars had something to do with it. She was following after us. I think she was trying to rescue us.”


We looked down at her, and she was not awake.

Joey whispered, "You don't even want to know who I chust saw..."


Tellesco pulled up beside Sean and asked why they were stopping now. His window was still up.


Sean got out and smashed the window open with both of his huge hands. He leaned in and shouted. “Tellesco! Where are the others?!”

Tellesco looked back over his shoulder.

Headlights glowed from way back down the highway, in the pelting rain.

They were coming quite fast.

I never saw Lorelei again. No one did. She had put me and Katheena back together again.


My watery angel, she with eyes the color of the deep green sea.


Lorelei had once told me, “I chust don’t want you to be so sad.”


You recall that, don’t you?


Perhaps that is what she intended, and she could not rest, wherever she lied, at the bottom of the sea, until she made some sort of closure between us.


Rest in peace, you original punk lady with the white hair was bright like a wildfire on the planet Mercury, closest rock to the Sun.

You opened a new world for me, and for that, I will forever remain grateful.

You put me and Katheena back together again, and you put the Little Lion Man back into this equation, whatever it was.


But why did you also put Tellesco into this new math?


We may never know.


One must not forget The Glinty, he on his horse-drawn carriage that glowed blue in the night, like Lorelei’s hair had on that night in the desert, when we went off into space on a Moon Shot, baby.


Did you forget to remember Sean and Tellesco?


That there is the start of a new chapter.

Next time, my friend.


Let the slag fall from the pure mettle, all around.

He was hidden in the desert, when we went back to find him, and we could not see him, simply because he was a golden car, with gold-tinted windows, and he was covered in desert mud up past his wheels.


A black hole, a former star,

The phoenix would rise again.


The phoenix would ride again.

We would all rise again.


Happy Rebirth Day to you, my friend.


We all have a long path to travel.


Thank you for following me along this path.


It will end well, if you care to continue along.


We simply have many more things to do before the end.

But you know this.


My wife of 18 years (I mean, we have been married eighteen years) gets a laugh from this tune below. Hey, she was watching The Sound of Something or other last night while we finished wrapping up stocking stuffers and then she laughed when...