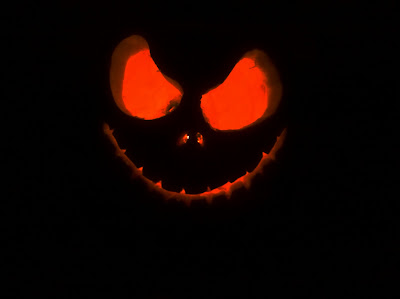 There are things that we all have done which we might feel good about at the moment, and then later, we regret.

But then there are other things.

Things we actually do quite right, in that moment.

These are the ones that matter most.


You did it right, no matter how much it hurts at the time.


You see, Katheena had bailed on us, with tears in her eyes for what she thought was her betrayal of we band of punks, but her actions were correct.

What happened to her and her lovely golden car with the gold tinted windows and the black Firebird across its hood was not recompense, retaliation, bad karma, nor payback of any sort.

She showed her Mettle, at the end.


She redeemed herself with her sacrifice of her beautiful golden car that she had named Orion, with no thought of her actions when she did it.

That is true Redemption.

Crank this Foos right up baby.


Orion lied on his side and his wheels spun, trying to find traction to take his driver home to safety. I slogged through the watery desert mud as fast as I could over to that golden car with the gold tinted windows.


The rain pelted me with diamond splinters, and my face felt like it was getting sliced up.


I made it to the front, where the lower headlamp was submerged into the pool of rainwater.

The ellipsis of lights, three dots, were now two, one under water.

Just me and Orion.


Soon, there would be only one.

Through the windshield, I could see her lying in the broken glass and desert mud against where her driver's side window has once been, and her head was under water. Katheena was under water.

Drowned in the desert?

I scrambled around to the roof side, and leaned against it to smash the passenger side window and crawl down inside to get her out.


I leaned against it and punched down at the passenger side window to smash it.

Orion swayed back and forth in the loose desert silt, and then he tottered and fell away from me, and I fell into the hole he left behind.

Orion landed onto his wheels, away from me.

His rear talons spun in the liquid desert dust and searched for traction.


I pulled myself up out of the desert quicksand and got up and dug desert mud out of my eyes.


Her driver's side window was all busted out, and that was a portal for me to get inside and save her.

I dove in and reached across Orion’s interior.


From the light refracted back from the headlamps by the rain in our cloud of watery light, the interior glowed. I pushed the stick shift out of second gear. The engine kept running, but the wheels began to slow.


I turned Orion’s keys and shut him down.


He died, drowned in the desert.


I scrambled back out and tried to open the door, but it was dented up into the body. It would not open.

I reached back in and grabbed her body by her leather where she lied, slung over the passenger side seat from Orion’s fall.

I hauled her out and threw her rag doll body over my shoulder and slogged back to the Maserati Bora, guided by her lights.

It was hard going, but I would not leave her there.


Alone in the desert, with punks and ghosts for friends.

We had parted ways, never to see each other again.


Never the twain would meet.

I could finally go back to Maine and forget about the ugliness of Fuckno, Califuckedmeover, and try to make sense of things.

I would get a job in the woods of lovely Maine, and make use of what I had learned in the desert.

Perhaps that would make sense of everything.

Sometimes, you need to end something, and start over, like a firebird, a phoenix bird, which crashes in the desert and dies.

Evidently, these portals can be found in doors, windows, and opened in walls, if you have an axe.


The woods of Maine beckoned to me. I knew how to use an axe.

I had chopped many cords of wood in my youth, on an island in the mighty Penobscot River.

With such work, I would warm the home of my mother and my sisters.

We would go there.


Out of death, the firebird would arise again, and live for another thousand years, before it dies all over again, and is reborn again.

You do what you have to do to carry on.


Food for the vultures and the crows. Crows record our human existence. You thought it was all road kill.


It is the tie between the roads we travel, and the trash we throw out of our windows, and the Joshua trees with their angry fists waving greenbacks over their heads at the unforgiving sun overhead. Anger at the unjust, the unfair, the pigs, the pffffs, those who have no clue, those who slog through the desert mud of their weak lives, and they do not even try to do something that matters.

What is left for you?


The moon above sheds her tears for us; she in her lovely shroud, for all the things that we have done to our beautiful, tiny blue marble, lost in the eternity of space.


The hardest thing I have ever done in my life to carry the dead body of a loved one across my shoulder, in such an ungraceful manner.

It was fucking wrong.

I hated those bastards who had done this.

I saw those other headlamps across the highway, down south a bit beyond the Maserati.


They called to me.


I slogged through the desert dust, and in the cold, pelting rain, I wanted revenge.

I would place Katheena’s body gently in the Maserati, and then I would go and go and have a chat with them.

All of my thoughts became clear then.


In anguish and despair, I found my own Mettle.

I would rise up again.

I would cause damage.

I would pay them back.


Blues. Presented to you by Martin Scorsese. Thank you sir.