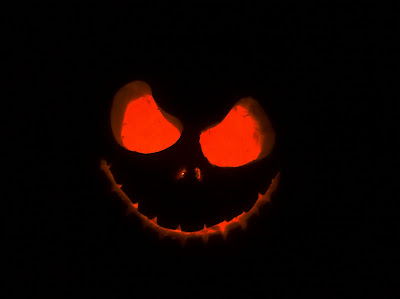 
Are you all set to take a dive, a dig, a fall? Get your head set, my friend.

To not, is to fail. Darwin told us so.

Katheena did not know magical things. To think that someone knows magic simply because they are from a culture that is different from your own knowledge base is racist.

The tale of Bagger Vance is an example of the magical black man idiotology, (on a golf course). There are many more examples in literature that one could use here, but that is not the point here; to harsh the writing style or subject matter of anyone else who contributes to the story telling culture of which we all partake.


Katheena had a mental toolbox from her years of culture that her mother had taught her, and this educated her instinct all along her own path, and exhibited itself, when she needed it the most.


These teachings were her wings.

The point here is that she listened to her instinct, finally. And that is one of the essential components of what is known as Mettle.


Joey had made up his mind to forge ahead, and this solidified my own resolve. Let the slag fall from the pure Mettle.

We crept up the narrow, creaking, dusty steps that turned to the right every thirteen of them, and at the top, found ourselves in front of a door. We had no idea what lay beyond it, but we were full of energy from desert dust inhaled and the adrenaline from me seeing The Glinty.

I did not tell Joey that I smelled Lorelei’s perfume all over me.

Perhaps he thought I had some cologne on? Or maybe the shower spraying down in the ground floor came from a water tower filled with perfume?


I thought about that. Then I turned back to look down at him, three steps below. “Joseph. We are weapons.”

Katheena’s instincts were correct. She had listened to them. The tendrils of shadow shrank back from her and she shrugged the willies from her skin, under her leather. She looked at how far she would need to traverse the darkened path ahead, behind the lovely mansion. The warm light from the windows on her left invited her in.


The light shined upon a wrought-iron patio set with chairs, on this cobble-stone walkway.


I grabbed the door knob. It would not twist. I mean, there was no wiggle at all. It was set solid, like drilled into a wall.

We did not know that this stairwell, with the ancient filament light bulbs glowing all the time from when they were first installed back when the mansion was built, with the not-too-dusty steps built in case of a needed escape from the top floors…


…well, that this stairwell had not been traversed in ages.


In fact, no one alive at that time even knew that they existed.


So, the other side of this door was a wall with years of wall board and wall paper over it, and that is why the Little Lion Man and I would have to bust through it to exit the stairwell and enter whatever lay beyond.

We chust didn't know it yet.

Katheena picked up the closest wrought-iron chair and swung it around, and then she let it go, into the window in front of her. The glass exploded into what appeared to be a library.

She took another chair and held it, fueled by adrenaline and dust, and she smashed the shards away that might cut her arms once she went in through, by dragging it across the sill and up the stiles.

Then she flew into the library.

What do you suppose were written on the spines of those old books? You can imagine. She found herself inside a secret place.


It held many secrets.

“Joseph, it won’t budge. We need to break it down.”

“I guess, but there is no other way to get through.”


“How we gonna break it down?” He looked around. There was nothing. No fire axes hanging on the wall, no trusty batter ram, no TNT laying there for our sudden help.


MacGuyver hadn’t been created then, either.


“Joseph, we will have to use our Doc Martens. That’s all we have left. Come up here beside me. Put your hand over there on the wall. Now don’t grab on me if you fall back! I wouldn’t do that to you. No need for us both to get fucked up. Just saying.”


We each took a deep breath, and then we kicked with all of our might, and the door flew apart into a million splinters and the hallway exploded with our vengeance and then we saved everyone and got home and ate nachos.


Hey, I’m a nanabush, a jokester, but you knew that.

Our Docs kicked us the fuck back from the solid wall in front of us, and we grabbed each other and fell back down the stairwell.


Far below, we heard new alarms begin to ring. Katheena’s glass-smashing had caused them to awaken.


Soon, the other, far-off sirens of help-on-the-way from in-town would arrive, and it would become a cacophonous symphony of catastrophe for us all.

Joey groaned. I groaned. No, this was not some pleasurable groaning. We were heterosexually all mingled and mangled betwixt and between each other.

The twain had met and was bleeding, anew. Brown and red, black and blue. Clickety Clack. Choo fucking choo. What the fuck would happen to you?

Your leather will protect you.


I felt myself from the inside out, gently turning, and although I was in pain, nothing seemed to be broken with bones poking through skin. “You OK, dude?”

I slowly pulled my legs from under the Little Lion Man’s own, and then he slid back down a few more steps.

I rolled over onto my side, still upside down, and then struggled to get myself right.


The pain had brought tears to my eyes, and as I looked up at the old fucking door, I saw the dark figure standing there, chust before I wiped my tears away from my eyes on my leather.

I opened my freshly dried eyes again, and she was gone.

Why could I see that shape only with eyes filled in water, when in a car escaping from a bad dinner party in the offskirts of Clovis above, or in a raining hallway below, or up on the top of an old, dusty stairwell where the Little Lion Man and I struggled to make sense of things?

It was a watery ghost in the desert, you see.


Katheena could not take her eyes off the rows of aisles of old, dusty books. Each one whispered to her, calling to her from decades of ancient knowledge, and each wanted her to open it and take a sniff, a gulp, or even a glint.

She felt drawn to them. But her Mettle allowed her to take only mental snapshots of some of the titles upon their spines, and she steadied herself.


She would need to exit that dank, dusty tomb of words and find the escape route to her vehicle, which she called “Orion.”

As far as we know at this point in this tale, she did not touch a book, not did she stop to peruse and snatch a few of them.


Or course she didn’t. Katheena was not that kind of lady.

She had all kinds of alarms going off and shit.

Of course she wouldn't steal treasures.

Joey and I heard voices from the other side of the door up at the top of this dank old stairwell.


This is what we heard:


“Tellesco! Shut the fuck up and stop crying! I heard some shit from this wall!”

My friend, I apologize to you for having left you in this stairwell for a couple weekends. Sadly, I have to head off on travel again next week, and won't be able to write anymore again for you until another week has passed.

But why not join me here tomorrow for the end of this chapter? My column will be quite long, and it may be hard for you to take in.

I'll have some links for you tomorrow, because you like that stuff.