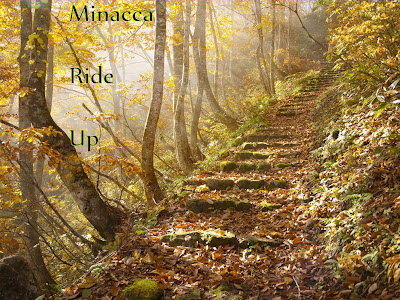 I slept and I dreamt.

In my dream, I awoke next to a girl who spooned me. That is the best thing in the world my friend. Soft arms and legs all over you, in free abandon, sheets twisted and strewn about, with a heat between you two that can never be felt again until the next time it happens.


If you are fortunate, it happens every day.

If you are lucky, then it has happened at least once to you.


In my dream, I got up quietly and gently without rousing her, and went into the kitchen to grind coffee beans and roast slices of bacon on a baking sheet in the oven, whipping up eggs to scramble them into foam.

I never wanted to wake up, ever again. But I wanted to see those green eyes, the color of the ocean at it’s deepest and most clear, just one more time.


At Fucky Chuckies, you were allowed a single free meal each week if you worked there. Now, I know that some of you who have worked at places like Dunkin Donuts or Friendlies probably got tired of the foods they sold there due to shrinkage.

In the Food Service Industry, this is the term used to described attrition, which means, “Stealing.” Hey, we are humans, we are hungry, the food smells so good, and shit happens.

It’s standard practice to acknowledge this. No, it is not a ticket to be a greedy pig, nor an excuse for embezzlement. It’s just that, well, shit happens.


Fucky Chuckies sought to circumvent this by offering a free meal to it’s employees once a week for two reasons, which are these:

1. It would stop folks from stealing food, and the free food was tracked, accounted for, and such a profit loss was safe for audits and then reports to stakeholders..
2. It built employee loyalty.


They did it right. Pretty damn smart, if you ask me.

Of course, they put a dollar limit on the meal, lest employees order twenty one-pound burgers for take-out.

Or a couple cakes.

That was fine by us. We just ordered the prime rib patties.


This was how I had a date with the counter girl with the huge boobies. Did I mention that I was a cheap bastard? Fuck it, I had better plans for my cash money savings. I was headed back East in a little bit.

“Hey Will, you sure know how to treat a lady to a nice place.”

“Well, at least we know what to expect.”


Stacy looked even better out of her work uniform. I mean, in her civvies. Out of her clothing would come a little bit later that night.


She said, “There are rumors about you, ya know.”

But wait, I’m getting ahead of myself. I haven’t told you about Joey’s talk with me before this, once he cornered me.


Before that date with Stacy, Joey caught me outside my home, on my way to work.


“Weeeee-ill! You been avoiding me and Katheeee-na. I know, we kinda cornered you at her tea ceremony at her place. I apologize for that.”

"Weeeee-ill. Don’t be like that. I know that I still got Nolei, someday, but we are here for you.”

I thought about that. He didn’t know that Nolei was pregnant with his offspring. Nolei had made me promise not to tell him until she did.

So, I was an asshole to him, to our friendship, to myself, for keeping such a secret.


You recall all this, don’t you? Please keep up. It gets even weirder.

“Yeah, Joey, that Minacca is kind of a bitch.”

“You mean Sean’s lady? Huh. How about that.”

“Yup. Kinda a know-it-all. Like she knows all about me.”

“Weeeee-ill. Sean don’t cotton to that shit. I know he likes them rich folks, but he don’t hang with dummies.”

“Fuck them both. Sean almost killed us.”


"Joey, you don’t even know what that means. But you’re right. He is dangerous. He’s all into his own thing. No respect for anyone. I saw him puke up food and eat more again once his belly was empty.”

“Fuck Katheena. I’m done with her.”

“Joey, she don’t have her shit together. She’s like a wild animal. She is so hot, but she doesn’t even know her own true worth. She’s dangerous, too.”

The Little Lion Man was silent. Imagine that. Joey didn’t have shit to say. I couldn’t believe it. I figure that he needed to process this new data and analyse it.


Stacy would have liked Joey. He would have loved her. They could have made a great pair. A really huge pair. The kind of pair that bulges out from over a skimpy black dress, low-cut and high water.

I would need a glass of water as well. Or a gallon or two. For my radiator.


Remember when I blew my engine and had to travel back to safety with an angry biker dude chasing me on his Harley?

After I fucked his chick in the rear seat of my rocket ship?


And then he came home and found us?

We will probably need to re-illustrate this.


Jim Meskimen shows how you do impressions the right way. Shakespeare’s Richard III.

In the opposite direction, what happens if you show your true lack of talent?

How about those orgs like Amway, or ACN, or other Ponzi Schemes that draw in those who want to have a better life? How do they work?

(Need more links. Don't use all the following tunes.)