“You lost him? Did you see where he went?”

“Yeah!” (Wheeze) “He ran into the parking structure.” (Cough cough) “He’s probably hiding on one of the levels.” (Wheeze)

“You Ok, Freddie? You gonna make it?”


“I’m Ok. (cough) I radioed the Police. They said they on the lookout (wheeze) for some stolen cars from that explosion up north. (Wheeze) That fancy sports car he brought the dead girl in looks like it might be one of them.” (Cough, wheeze.)

“What is your name?”

“My name is Sean now, evidently.”


“Excuse me? Sean Noffidently? How do you spell that?”


I leaned over Sean and looked into the Admissions nurse’s eyes. “He’s taken a bump on the noggin.”

She looked up into my eyes and said, “It’s quite evident. His head is bald and sooty with a big cut on top and he smells like burnt hair. He has dried blood all over his neck.”


I didn’t like her tone. She eyed me up and down, and noticed my right hand. It was covered with dried red paint. She said, “Did you do this to him?”

Her hand reached for the phone. I said, “No. I helped him. This is paint on my hand.”

Her hand came back from the phone and she turned back to Sean. “We will get your insurance information after you have been seen by the doctor.”

She looked back up at me. “Can you tell me his next of kin and their contact information?”

I remembered the last time I’d met his folks in the hostibal, and it was all about Sean back then as well. It was not such a good visit.


“Yeah, I can give that info to you.” I looked over my shoulder to see if Tellesco was still out there. Gawdamn it, he was. He was idling there in the huge black hearse. I turned back to the nurse and saw that she was waiting with an impatient look in her eyes. So I told her what she needed to know.


She told me to “wait here” as she directed the orderly to wheel Sean over to the corridor down to one of the examination rooms.

I stood up, turned around and walked straight the fuck out of there.


My heart was racing along from the desert dust I’d inhaled moments before arriving to West Clovis Medical Center.

Tellesco was the naked chauffeur of the hearse.

The dead girl had lived long enough to cause Joey to drive away from the car crashes that would have killed him. He drove her south to the nearest hostibal in Fuckno, trying to save her.


She had left us.

But someone else had come back. He was a Walkin.


Joey had driven the dead girl to the hostibal in a very expensive car and it was the car that was the connection to the explosions up north. This matters.


Here is a picture of such a car. It was a Maserati Bora, if you recall. 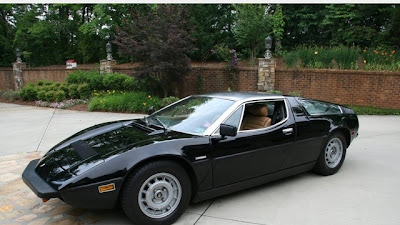 
“Hello, this is Trish Tocker for KFUK TV’s “On The Scene,” and I am here at yet another great explosion up in the north side of our lovely city of Fuckno! We have a huge mansion that’s been drowned in the desert, and the explosions came from a parking garage that burned down and left millions of dollars of damage from the melted and exploded classic cars inside, except, get this: four are missing! Yes, there are four of these cars somewhere out there, driven by car thieves. So be on the lookout for these cars, and there will be pictures of them when our news program starts at 5 AM. Back to your regularly scheduled pre-paid program.”