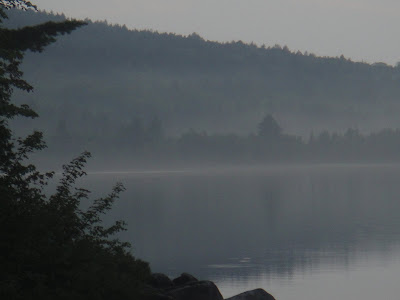 Did you read the very last lines from the previous post? You should pay more attention, my friend.

Mom had put Galen and Spamela to bed, and then brewed some of that “Sleepy Time” tea for her and Katheena before Joey and I came back in from our “palaver” with Ant Knee at the water reservoir.

Mom and I chatted about Katheena for a bit as she washed and dried her two, fancy tea cups and plates and put them away, and then she went off to bed. Only when I was certain that my home was safe and secure, then did I sneak out.


You know it baby.

In the red moonlight, I walked to the long, beautiful car sitting next to the water reservoir. My two best friends sat inside, and there awaited a freshly bought sack of ice cold brewskies.

We were going to take a trip. This might involve imbation.


Our friend had his head stuck up inside some rich bitch's pussy, and we were going to help him pull it back out.

The liar’s moon ignored we three and glowed behind clouds as we roared along to the north of Fuckno. It was important to stay away from traffic while we held imbation at bay for a bit. We would then travel along the top edge of the megalopolis towards the upper west side, where there lay fig tree orchards and stately mansions.

“You remember how to get there?”

“Yup. I drove there, and I drove back from there. I’ll let you know when to take the turns. I never knew that those huge places existed.”


Been a long time since I littered. Back then, everything would go out the window. Lit ciggy butt-ends, fast food wrappers, crushed beer cans. Not my problem. Ashes to ashes, dust to dust, return everything to the earth.

Being such a young and ignorant asshole, I hadn’t considered how long it would take the desert to break down everything I tossed out the window. How long people would have to look at my shit scattered all over the countryside until it got washed away by a rare rainfall arroyo might take years.

Hey, don't look at me that way.


I was young and dumb.

The highest road that crossed above the top of Fuckno back then was Herndon Avenue. It was a crumbly, sketchy line of tar, long baked by the mean desert sun into a former memory of itself. Perfect for drifting and spitting chunks.

I rolled down the window and chucked the empties out. Katheena punched my arm.

“What the fuck are you doing?”


“You just threw all that shit out of the window!”


“So? Get a clue Will! All our finger prints are on them!”

“Well, better outside than have them here in the car if you get stopped!”

“Katheena, there’s no one out here but us, tumbleweeds, and some old cowboy ghosts. We don’t need empty beer cans in here to bring us any more trouble. Jeez.”


Joey tapped my shoulder. “Weee-ill. Katheeeena has a place to put 'em. They slide through into the trunk from between these two seats back here. There’s a false wall in her trunk so they can't be seen. I thought you knew?”

She shook her head. Then she took a breath and punched my arm again.

Herndon Avenue began to get tighter, as if instead of simply ending the road and making a left turn to south, the city engineers decided to narrow the road. Soon we would be on a tightrope.


And there it was. This was the turn that led to the hidden parts of Fuckno, from the north end. Doubtless there were other, better paths that the extremely wealthy used to arrive home. Hell, they might even have helipads and landing strips.


Soon we would cover roads that were not indicated on any map. I wonder if they still are that way these days.

We slowed because it was dark, but I had a feel for the area.

It began to look familiar.

We came upon it.


It was a long lane of solid tar, lined with stately trees that must have been irrigated from long, buried, expensive water lines. It was, if you recall, a bit of long driveway.


We passed it and pulled to the side of Garland Avenue.

“And you know your way around inside that place?”

“So let’s get our game plan together here. We need to park somewhere for a secure getaway if that is needed. Not too far away, but someplace where my Orion won’t be found.”


“There’s a land keeper’s structure off to the left, and you can park behind it. You should drive down this lane with the headlights off so we don’t announce our arrival. How fast can you do a three point turn if we need to?”

“I am fucking good fellas. You guys need to help me finish this shit off.”

We both turned back to look at him. I wondered why he had been so quiet back there. He held out a fifth of gin. The top third of it was gone, baby, gone.

Well of course, now it was our time to follow him. You never leave a man behind. And you never let one go on ahead alone.

We were young, full of piss and vinegar, ten feet tall and invincible. We would rock.


Either way, imbation, my friend.


Here we go again. New war in the middle east.

Never get involved in a land war like we did in Afghanistan, Iraq, and in Asia’s Vietnam.

Speaking of our country’s addiction to petroleum, here’s some more dumb shit: Don’t jump over cars speeding towards you.

This guy is just lucky. But dumb. Dumb luck? Or luck dumb?


Now, with a Lamborghini Gallardo.

Rage Against the Machine? Tom Morello on Occupy Wall Streeters, and Obama.

Now here is the shit about the Police Detective who dressed up like a hipster.

OK, Enough of that. It’s your Saturday. Time for you to unwind and recoup, lie fallow, let it all hang out and relax.


We need to look to the clergy to help us out, in hopes of lighter, happier times.

Speaking of Mawwiage, that bwessed event, here’s a young couple’s idea of using something other than wedding bands.

From loyal TDC Forum Member Entropy_Happens, here’s something for your consideration. If you were a hitch hiker, would you complain about being forced to have sex with the chick who picked you up? Voodoo...

From TDC's Southern Statesman Kentucky Dave, here’s a video about a young, adventurous couple having sex while they skydive.


The youtube video has been removed by Alex Torres, who invented a new sort of high mile club. The only Member of his Club. Dude’s under investigation, so that only those in the gubment can see it now. Fuckers.

OK, More For You.


October is the time for ghosties. Here’s a cool compilation of true ghost videos. Ya know, to give you the willies.

5:46 am from ArtefactoryLab on Vimeo.

Trentemøller, Thinking About You