Happy 18th Wedding Anniversary, my Lady. I wish I could write pretty things for you. But you know me. 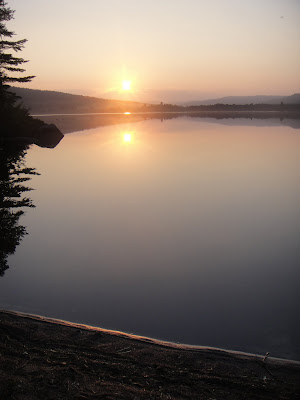 Joey closed the gate behind him.


He stepped up to us and said, “What, ya think I’d bail on you here and now?”


Katheena fired up her golden car with the gold tinted windows and the giant black bird on its hood, and we flew off into the night sky.

“Are you a real punk lady?"

“How do you get your hair to do that?”

“Hey Katheena, you cool here? Joseph and I will be right back.”

“I’m good. Hey little ladies, do you have any dolls?”

Ant Knee opened the door to his mother’s duplex and said, “Hey guys. What’s going on?”

“Dayam. When will he be back?”

“I dunno. Sometimes, he gone for a week.”


From inside his duplex we heard, “Ant Knee! Who’s at da back door?”

He swung his head back inside and shouted back, “Mind your own bidness momma!”


Then he stepped out and closed the door behind him. “Let’s go for a walk fellas.”


The reservoir glinted with tiny diamonds from the liar’s moon coming up over the Sierras. It was a blood moon, and these were blood diamonds.


“Anthony, I gotta tell you, I had no idea that Sean would crash us all.”

“Huh. But to do shit like that to me and Bryan and Tellesco? Come on man.”

Ant Knee looked over the sparkly reservoir. “It was pretty fun up to that point, then you guys all went figgin. What the fuck?”

Lion Man spoke up. “Jerry had the good stuff. But that other dude who showed up, well…. He could match. And he did.”

Ant Knee looked down at Joey from over his arms on the chain link fence. “Yeah. He did. But I’d like to fuck up his shit for what he did.”


I nudged him. “Anthony, I know who that guy is. He’s called Muy Largo. He’s pretty bad.”


“Obvious. It’s lucky no one else got shot. But Jerry fucked everything up for all those big dudes.”


“Actually, that’s why we are here. I’m looking for that Fat Jerry punk.”


Ant Knee looked into his palms. “I ain’t seen him since that night. No one has. But everyone’s asking. I mean, how do you show up to a party with all the good shit and make everyone happy, make a busload of connections, and then bail on everything? That fucker lost a lot of bidness. And now I look bad.”


Joey said, “I think I brought Tommy Hewitt to his fate there, because of that powder.”

We both looked at each other, then at Joey.


He said, “Don’t look at me that way. I’ve never snorted that shit, …well, I hadn’t until then. But shoot. It was me. I brought Tommy Hewitt there in my car.”

I grabbed Joey by the shoulder and looked into his face. “You think Tommy Hewitt met his end because of you?”

Joey looked up and shrugged. “There’s a lot about me that you don’t know, Will.”


“Joseph, what happened to Tommy Hewitt didn’t have anything to do with you. That shit was from the explosions. That guy Muy Largo has to be called to the mat for what he did that night. He and Fat Jerry have to answer us some questions.”


Ant Knee said, “It was my fault for telling Jerry about the party. If he didn’t come, they would all be unfoughten.”

He scowled at me. “You know what I mean. Maybe none of that shit woulda went down otherwise. Least of all, you and that Bryan dude would have fucking died from alcohol poisoning or someshit!”


Joey frowned. “I should have been with Tommy Hewitt to the end. I owed it to him.”

Dayam. Now I would have to babysit Joey. I had not expected this.

It was time to bail.


“Anthony, would you tell Sean that I need to talk to him ASAP?”


Ant Knee’s eyebrows went up, and I headed off back to my own duplex.


Ant Knee said, “Little bro, I keep asking myself that very same thing. But don’t pick a scab or it won’t stop bleeding.”

Yet, in his own way,


maybe he had something there.

Katheena sat at the table across from my mom with a cup of tea in her hand. “Hey Will, I met your mom.”

Mom smiled at me. “Yeah, it was a bit of a surprise coming back from the corner store and finding a stranger here playing dolls with my baby girls.”

Katheena said, “Your mom can fight well, Will.”

It must have been the look on my face, because my mom laughed and said, “We didn’t fight! But I have to tell you, I don’t think I can take any more surprises like that Will. Please introduce me to your friends properly from now on.”

They both laughed. Mom said, “We have been talking about how you just didn’t.”


Katheena and Joey made their way to the front door, and Katheena hugged me. She didn’t offer a smooch, but I took one from her anyway.


After I bade them goodnight and closed the door, my mom said, “Will, you have some very interesting friends.”


I turned around. “You don’t know the half of it.”

She chuckled and took the tea cups to the sink around the corner. I heard her say under her breath, “I like them. Remind me of my old friends back home.”

Awakened from a nightmare, with an echoing shriek in my head, in my empty room.

Was it my own voice?


A large, powerful, pale figure with a purple mohawk dyed upon his CranBerry hair, with Zeros and Xs of white medical tape over the birdshot holes in his face and neck, and chrome shin guards on his Docs, well, he sang to me.

Best I could do, my Lady.


From trusted and faithful mighty TDC Member Entropy_Happens, here’s pic proof that Nic Cage is indeed an immortal, a vampire. God Help Us All.


Here’s where I get my news stories. Yeah, right. Saturday Morning site for ya.

Duct Tape. Fun and games with your bros.

Like being a kid again. Another cartoon for ya.


Just don’t get anyone preggers.


Or you might turn out to be a bad daddy.

If you are a bad daddy, don’t create your fate this way.

Don’t steal from Jobs. We all miss Jobs.

Someone from Occupy Wall Street stopped smoookaaang long enough to post this.

Antidote for the above tale.

OK, One More For You.

NSFW This is WootsonTV’s Channel. I thought you should know.