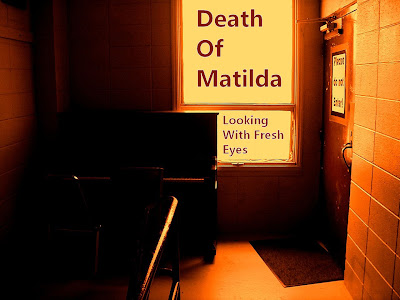 Stacy could handle her own bitch quite well. If you recall, that was the name of her car. “Bitch.” How cool is that for a chick?

My own car was bored-out in her cylinders, but she never bored me. If you ever get the chance to experience operating a machine that you have put together, I highly recommend it. Especially if it is made out of metal, can ride you at high speeds, and can cause death and mayhem.

Like having a sound system of which you use only half of it’s capability for bowel-shaking volume-awesomeness, you do not need to actually have to perform mayhem to appreciate such power.

I didn’t have any restraint during this part of the tale, and it would fuck me up big time.

Stacy wore a little black dress that showed off her prodigious top parts, (no, not pop tarts) and also the sort of backside that could hold an ashtray. While she was standing. No shit brutha. Some Latinas are constructed this way, especially in Brasil.

She wore high heels, but I suspect that she took them off in order to push her dainty feet onto the gas pedal, the brake pedal, and yes, the clutch.


I’ve always opted for the clutch. Having the automatic transmission is nice if you are holding a coffee in your hand, or if you are texting on your phone and don’t mind killing yourself and someone else as you make your way to your hair appointment.

There was no such thing as texting back then, nor were there any Starbucks to be found.


But, the idea here is that this chick took her shoes off in order to feel her vehicle. Feel. Driving bare-footed is not something I would ever advocate for anyone who does not understand a simple concept, which is this:

When you drive a high performance vehicle in the way that is was intended to be driven, you simply must be connected to it, in every manner possible.

There are no cup holders.

You must not be distracted. You have to engage. You need to become a part of the vehicle, to join it. Like a cyborg or someshit.

When you are married like this to your vehicle, only then will you be able to appreciate its capability, and also its limitations. Both are equally important.

Stacy took her shoes off. She was fully engaged.


Gawd damn son. I could not keep up.

We set off to the north. She closed lanes, she swept, she dusted me and Matilda. I could see her red tail lights way ahead. I was losing her. I could not believe it.

Except, there was one thing I had in my favor. I had built my bitch with my bare hands. I knew her inside and out. I caught up to Stacy at the red light, but I was behind three cars on each side.


Green. The cars behind her were stopped, probably writing down her license plate number. I snailed along behind those in front of me until there was an opening on my left from the stopped cars, all pissed off behind her, and then I stuck myself in her lane.

She revved hard, but I punched Matilda into high RPMs almost to the red line, and the Positraction kept me from sway.

She was driving with factory, and my ride was Special Ed, with bored-out loveliness. And I knew Matilda.

I had brought her back to life, constructed a new heart for her.


I swung into the right lane and passed Stacy.


Stacy tried to keep up, but Matilda wasn’t having it. Can you imagine that? God Bless Matilda. She was taching high, and she did not mind.


I looked off into the black night through the windshield in front, as we left the off skirts of Fuckno, and Clovis, further north, into space.

Stars came into view, away from the light-pollution of those dusty cities, and I felt like I was flying.


I was going to the stars, and Matilda and I would pick up Lorelei for a ride back home to Earth.


As I rocketed off to the stars, I did not keep an eye on things. I did not notice the oil pressure, nor the engine temp, nor even the tach. I red lined my little rocket ship, even though she was telling me to ease off and let her cool; please let Stacy catch up a bit up and we could still win the race.

I wasn’t hearing her. I wasn’t reading her. I didn’t have my shoes off.


I rode in the red for too long, and then she threw a rod.

I had injured Matilda.

But she would not give up on me.