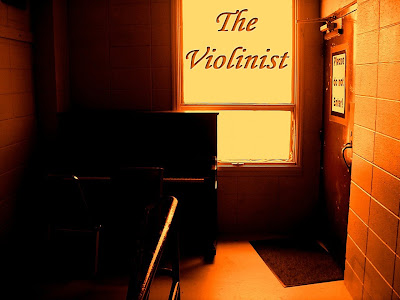 The air blew across our faces from the open windows: desert kisses from the hot, fresh air of the Sans Joking high desert river valley. Fuckno shat in the rearview mirror, and I was heading in the right direction. I was heading East, my friend.

Glinda, the good witch of the West, occupied herself with her make up. Or make down. She was about to get nekkid.

No, this was intended to be for the whole world.

I distracted her from her important work by drifting off the old, crumbly tar on our way to a desert location for her photo shoot. An old, abandoned shack awaited us.

She did not enjoy my little moon rocket, nor did she especially like my driving skills. I fumbled with the radio dial to get some good tunes.

She did not approve.

This did not bode well.

“Glinda, why you look so worried?”

“I never done this before.”


“Me neither. Probably never will. Naked pics?”

“No, they are called nude frontals. But only the top part.”

“Shut the hell up and keep your eyes on the dirt.”

“You’re not helping, Will.”


My little Celica skidded to a dusty stop in front of an old, forgotten structure out in the off-skirts of the Sans Joking high desert river valley that held the megalopolis of Fuckno, as well as Baker’s Field a half hour up north, and also a shitty hole southwest from there called “Los Banos,” which means “The Bathrooms” in Hispanish.

A big cloud of dust and flying dirt and rocks rained down all over every damned thing. Glinda choked and coughed, and I took my shades off.

When the dust settled, when I could finally see her sitting there across from me, she was glaring at me.

I got the fuck out of the car.

The shack had once been somebody’s home.

Now it looked to be the sort of place where someone might have planted bodies in the dry desert dust, never hoping for them to rise, to be sown, or seen, again.

No wonder Glinda wanted me to be there with her.


The photographer opened the door to the grey shack and and came out, and gleamed his wide, toothless smile. All gum, no rum. His eyeglasses held one and a half lenses, cracked down the middle on the right.

Glinda pulled me close and whispered, “Don’t leave me alone with this guy. I wondered why he was so cheap when I phoned him from seeing his advertisement. Now I know.”

Yeah, who the fuck was I kidding?

“Well hey there you young whipper snapperth! My name’th Glinty McFlintlock, and you are about to have a magical exthperienth!”


I waved back at him and swung around to get Glinda’s shit out of the Celica. I tried to keep my hacking laugh to a minimum, but I couldn’t hide it all that well.

Glinda went and shook his hand, and they spoke about the shoot while I kept busy carrying her tools and clothing into the creaky place.

Inside the shack, Glinty had thumb-tacked white sheets all over some walls and grey ones up in between. I knew nothing about photography except that I knew what I liked when I saw it, so I gave him the benefit of the doubt for this end of the deal.

Glinty and Glinda kept chatting away, and he appeared to be a kindly older gent who simply had a bad run of luck with his dental and optometric orifices, that’s all.


I left them two and went snooping. Around back there sat a stable with tiny glass windows here and there. Horses need air, and lots of it, but there were no longer any push boards to open up as vents for air exchange. Those looked to have been replaced a hundred years ago with different boards and those tiny glass panes.

This necessitated further inquiry, ya think?

You know what you would have done. But first;

When does the statute of limitations end for breaking and entering?

What I mean is, how long can something remain untouched and apparently un-owned before you can break in and take a look-see?

Breaking the public trust, and entering privacy is never to be taken lightly, especially when you go ahead and do it anyway.

I wiped one of the dirty panes to get a look inside.

A tarp covered some massive beast that lay dormant for what looked to be a thousand years, judging by the dust.

A long work bench lined the opposite wall, tied in, and upon its surface there were tools of forgotten shapes and unknown origins, all nestled in quietly for a lengthy dust nap.


Well that was good enough for me.


I found a door at the rear of the stable, and saw that the threshold held desert sand hard packed from years of blowing and settling that piled up against the door’s kicker on the bottom.

Looking around behind me, I saw only the occasional Saguaro Cactus, a few boulders, and sage brush and tumbleweeds. The desert sun glared down from directly overhead. He looked unapproving.

The paddle lock rusted in a state of the forgotten and the unforgiving. I pulled on it, and the rusted screws that held in the swing plate broke. I pushed.

The stable exhaled stale breath from the last century.

The sleeping hulk beneath the crusty tarp beckoned.


I tiptoed in like it was a morgue and the dead slept lightly. The tools on the work bench were similar to those I’d used on my own little car, but these were not made out of case metal, all chromed out. No, they looked to be ready to crumble into dust, like the desert silt which now covered them.

The desert reclaims all material, to be desiccated, oxidized, and reduced to a former memory of itself. All atoms become freed in this way, free to roam the country side like the ghosts that they are, to cover the living for a long dirt nap.

I turned back and went to the near end of the cloth-covered behemoth.

The corner of the tarp came away in my hand as I lifted and pulled.


Now I would have to make the decision to continue. Removing the tarp would leave whatever was underneath exposed permanently. It would crumble into dust, you know.

I could take a peek, maybe that would be best. Just lift up one little part to see what was underneath.

That actually seemed like the best way to go. Of course it did not occur to me to simply leave it alone and go back out to Glinda’s photoshoot. That was not an option. Curiosity might kill the cat, but maybe the cat dies with a smile on its face?


I grabbed more of the tarp and pulled gently up. It did not have much give. So I tugged a little harder.

The tarp responded with a relaxing sigh and fell away from the side of the car underneath. The whole side of this beast was exposed.


I looked around, expecting to see someone come charging in with a shot gun.

My heart raced as I stood there.


This was not from fear of doing something wrong, or bad.


This had to do with Evil.


The long, black, gleaming car was a hearse.

There was a hand-painted Circle A on the driver’s door.

I backed away and fell over something sitting on the floor of the dusty garage. The cloud of dust got in my eyes. I scrambled on my hands and knees toward the white rectangle of light that indicated the door.


The accusing sun blasted my eyes and I staggered from its blare, which screeched in my head like the angry feedback from the amp of an electric guitar played by a devil.

I needed to find Glinda, the good witch, and I needed to get the fuck out of Dodge with her.


The sensation of a million sharp fangs pierced my eyes as I stumbled about, shouting out to her.

The door to the old shack swung out, and Glinda grabbed me to help me up.

“Will?! What the hell you shouting about? Shoot, you look like you been to the moon and---”

“Glinda, we need to get the fuck outta here. NOW!”


“OK. We done here. Let me grab my shit. Your car is right over here. Get in, I’m driving. Don’t rub your eyes or you’ll fuck them up. Be right back.”


She did as she said she would, and we left the odd photographer dude there, scratching his head.

She wanted to know why I was so freaked out, and on the way back, I wanted to tell her.


I didn’t have a fucking clue.


Wake up. Time for some coffee. Here are some spurious “facts” about coffee. I don’t think that they are correct. You?

The following dentistry tools might have helped out ole toothless Glinty McFlintlock. Or, perhaps explain why he had no teefs?


The nightly drama that unfolds in your fridge. Melt Down. David Green et al.


Auto Tune needs to be erased from our collective memory. This is the death knell.


One more for ya.

Scientist from Japan deconstructs a Furby robot, and then hacks it. Very cute.

Email ThisBlogThis!Share to TwitterShare to FacebookShare to Pinterest
Labels: TDC WEAW, The Violinist